So, I watched the season finale last night and I am SHOCKED at what Abby said, and I am incredibly sadden that Chloe heard her say it.
Anyone else watch Dance Moms? I used to think that Abby was just using tough love but now it is border-line abusive.

What did she say?
Top 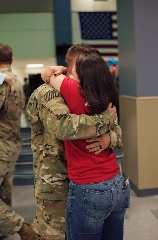 Ugh... this show makes me so sad. Abby can be okay sometimes, but she's psycholigically scarring these children. Nia and Chloe have always been my favorites... sometimes I feel like Abby is being racist towards Nia, like making her a dog for one of her solos, and making her the 'bad guy' in their national group dance Amber Alert. I could be reading more into it, but it's so sad. I did however love how Maddie got sassy when that woman tried to play Chandelier to scare her. I loveeeed that part haha
Top

hjl226 wrote:What did she say?

She was yelling at Christi saying Chloe is "washed up" and that she isn't good enough. Apparently they cut this part out, but Abby also said "Go get Chloe's droopy eye fixed while you're at it". Chloe ended up hearing all of it

I haven't watched since the new season started because I thought Chloe was no longer in the group. As a matter fact I started catching up on episodes last night. It's hard because I do like the shows concept. However over time it has become garbage. She is absolutely emotionally abusing those little girls. The mothers don't want to take an opportunity away from the girls so they stay & stick it out . I think it is abusive & abby has definitely crossed the line on more than one occasion. I watch the episode last night where she said Nia was old enough to be pregnant. Absolutely disturbing. I think after hearing what she said in the finale just now I'm all done with the show. I just can't support that kind of abuse.
Show me someone who never gossips, and I'll show you someone who isn't interested in people. ~Barbara Walters
Top

Apparently Paige (a girl that left the studio) is suing Abby for Assault charges. I read a bit about it online and Paige now has massive panic attacks and extreme anxiety.

Chloe is such a sweet girl, and so is Nia. And they always get the short end of the stick. These girls could leave now and go to another studio, and they will forever be household names. They are set for life in the dancing community.

Supposedly Abby actually said something about Chloe's eye. I'm really glad I never had a dance teacher like Abby, she scares me.
Peace, Love and Animal Crackers
Top 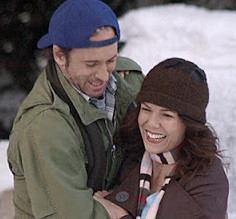 I catch Dance Moms from time to time, and that episode is one that I caught. At first I thought it was just the TV drama--you know, some made-for-TV shock factor. But after hearing about Abby being sued, I changed my mind. I really don't like Abby at all, and that just pretty much sealed the deal. I know that some of those moms are drama queens, but there is no excuse on this planet to take out her frustration on one of those kids. Sad.
Top

I watched the show when it first came out and I had to stop at around season 3 because the more popular the show became the more abusive Abby would become.

I don't understand as a parent how anyone would allow their child to be subjected to that treatment. I love Chloe and all of the other girls but the favoritism towards Maddi was digesting!
Top

I was obsessed with this show until this past season with the new team. Also I hate the whole Maddie shit. Chloe is a far superior dancer but her mom doesn't lick Abbys butthole so she gets treated like crap. It hurts my heart to watch it anymore. The poor kid looks like she just wants to die whenever they show her.
Don't confuse my personality with my attitude.
My personality is who I am and my attitude depends on who you are.

Bumping this. I started watching it after my accident, I'm about 1/3 way through season 5. 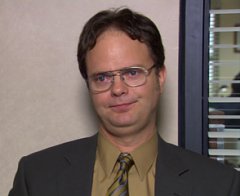 I loooved Chole and I miss her but I'm glad her mom finally got her out of that witch's hands. I always disliked Maddie, mainly because of her favoritism from Abby, but since the show started to show the girls more and their personalities, I love all of them except Jojo. I want to bang my head against the wall every time she opens her mouth. My biggest dislike with the show is that they don't show the full dances. The little part of the dance they show, the camera is all over the place! Just have a steady view straight on from the audience and show the whole thing. (They show the whole dance in the choreographer's cut or whatever it's called now but I'm not going to watch the same ep again just to see the dances) Especially with the group dances it's hard to tell what's even going on because the camera is always moving. 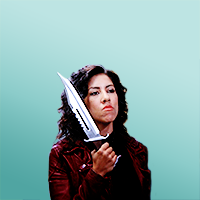 Dance Moms is my guilty pleasure. I'm glad Brooke, Paige and Chloe are gone. Kendall is my favorite. Nia needs to leave and probably will after this season. I like Maddie, JoJo and Kalani. I like Kenzie but she bugs me a lot of the times for some reason :/

I used to be obsessed with this show, but now it's kind of just background noise for me. I think JoJo is cute and had a lot of personality.
Top

In season 1, I liked everyone including all the moms and I felt really bad for Christi. By season 2 I hated all the moms and Holly was the only one I could tolerate lol. I feel like Christi is one of those people who is only happy when they have something to complain about.

I felt really sorry for Chloe. I always rooted for her. I think it's shitty that she stopped answering her teammates calls but I wonder if that was Christi's doing.

Not sure about Paige, but Brooke obviously did not want to be there so im not surprised how Abby had so little patience for her.

I can't stand Christ-y and for some reason her kid Sara annoys me. Not a fan of the new team. I do like Kira and Kalani though and I think Jojo is cute but obnoxious and her mom is a twat.

Christi annoys me so much!! She is only happy when she has something to complain about. I feel bad for the girls which is why I'm glad C, B and P are gone. I love Holly but she's had a few moments this season that were out of character.

I think the not answering calls has to do with the lawsuit. Just like Abby "made" Chloe delete all her pictures with the girls from the team on them because they were taken in her studio or something to that degree.
Top

I wouldn't be surprised if Nia wasn't at Abby's studio anymore. I miss Chloe on the show, but she's much better off at her new studio.

Lifetime usually has the full dances on their website or they can usually be found on YouTube for anyone that doesn't want to watch episodes over again.
Peace, Love and Animal Crackers
Top