YouTube Momma Drama - Save the drama, for your momma.

So kind of a game.

If you were casting this, what 7 YT moms would you put in the house?

Oh man I should've put Mithy in for Britney

Lindsey does not qualify as a mom. Egg donor yes, mom...not so much.

Oh man. I actually thought hard about this. I only keep up with the hardcore ridiculous moms.

Personally I could not watch anything with Vanessa I even stay out of her thread because she irks my nerves that bad... Worse than alysha or however she spells her name.

Of course everyone wants to see Jess and her "we just met but we are gonna get married anyway" vlogs. Tayler would just make for perfect reality TV. Brittandkorey is a channel that isn't kept up with well but she is just the sweetest thing and with her you'd have to have Britneyandbaby on there also even though I rarely watch her (like ever). Keyona seems like a really good mom but something tells me there's more going on than we see plus her kids are adorable. I could watch her daughter all day she's so smart! Nikole seems like a good one because of her past she doesn't post all the time but I like her because she's blunt and open about her life struggles. And that tori girl would make for good reality TV also. She seems very poor and she isn't a beauty queen by far but 13 and having a kid and not completely failing at life is applause worthy. I'd like to see that girl graduate and blow everyone's minds by being an amazing mother on her own one day (no family help, no more kid school, maybe a hubby?)

I am tired and went into way to much detail with this but I think it would be better than teen mom. I don't watch the real world but I'd love to see it called something like Teen Mom: I'm Internet famous!
Top

I was going for more of a Bad Girls Club mom edition. Haylee is opinionated and would probably call out Jess. Lucy and Allyshia would fight over who is the crunchiest. Emily is a snobby bitch who would probably piss off everyone lol. Vanessa would annoy everyone. Tayler would be the one threatening to go home the whole season.
Top

Tayler would do nothing but sit on the couch and watch TV while eating Froot Loops and drinking pop and boast about how she's a "damn good mawm". Jess would insist on coordinating everyone's outfits and take over the whole house and then steal the footage and try to edit it to make it look like nothing happened, but the producers were one step ahead of her so we'd get some nice hidden camera footage of her rearranging the house in the middle of the night. Britney and Britt, the "soul sistaz", would be the two that always break off from the rest of the group to talk shit about the others, like in that Dane Cook bit. They would have matching bedspreads and friendship bracelets and Britney would try to scrunch everyone's hair every day, which Vanessa would totally be all for since she's desperate to be like Britney. Vanessa would constantly be trying to 3rd wheel the Soul Sistaz on their Target dates. Also, most of the Vanessa footage would be of her running trails. She would also somehow be given kitchen duty and slice her finger and scream, daily, while also mispronouncing all the ingredients. Missy would join Tayler on the couch and sit there and bark out orders all day while using her Doppler machine and would hire an ultrasound tech to be at her beck and call 24/7. Ellie would just be there to balance out the crazy and fix Vanessa's hair when Britney fucks it up.
Top 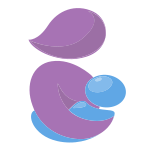 I think you wrote bit wrong. There was no matching bedspreads!
Top
Post Reply
8 posts • Page 1 of 1