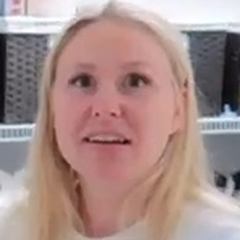 Violet posted a video on her insta story where Khoa is alone with all 3 kids and she’s sitting with them..didn’t see Keren. Awk.

SpillingTheCoffee wrote:The reason Landon is never brought anywhere is because according to K&K he’s the “problem child” and “difficult”. It’s ridiculous, I would pick Landon all day over Jackson.
It’s actually pathetic how they have all these random instagram/YouTube famous people over. It’s CLEARLY just to help them hit 1 million subs.
Can’t you just imagine K&K’s DM’s on insta/Twitter to all these “famous” people... they prob take pics of Jackson watching their vlogs or looking at their instas and make them feel bad and then they end up visiting. Honestly nothing surprises me anymore!


Or pay them with contracts. Like pay corinna $1000 every time she visits & her ticket. That’s why she does nothing when she comes
Top

Sorn wrote:Every vlog Keren is either ordering more crap, opening more packages and crap she has bought or talking about what she wants to buy next.

She clearly has a shopping and spending addiction. I don't know how Khoa puts up with it. Literally one video they were sponsored by You Need a Budget but that literally lasted one day. I wish they were saving their money for their boys and for when business slows down, because guess what, who knows what could happen with YouTube and businesses always have good and bad years!


She is a compulsive shopper and hoarder. She is what is one of the many things wrong with America lol. All that money they could have a nicer car...or invest in rental property they can lease out. They blow it all on material items that won’t matter. Their YT career isn’t a forever guarantee and when it’s over what do they have planned to fall back on?
Top

sasperillo wrote:I agree that the “friendship” with Corinna and this Violet girl is weird and think it’s a well calculated way to grow their own channel. But all the people commenting about how they wouldn’t let their man have friends who are girls or hang out with girls without them are quite depressing.
You must have been in really unhealthy relationships or be really insecure to think like that. Seriously? You think FaceTiming a female friend is suspicious? Jeez.

Like I said, its how shit happens. Im not saying theyre cheating, Khoa doesnt seem like the type. But yes if you spend enough one on one time with someone you can very easily fall in love with that person. It just happens and it doesnt mean that anyone has trust issues its just that you dont ever spend more time with someone than you do with your spouse. He has spent more one on one time with other girls then he has with Keren.


Nooo this is reaching. Corinna has Todd and he’s hella hot kinda weird though. Elle Mills is a lesbian and violet is trashy and heavier and I think Khoa likes tiny skinny girls
Top 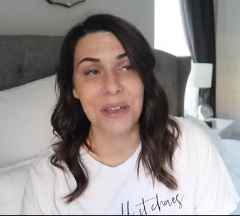 They seemed to put more time and effort into the 1m video than Suttons birth video. 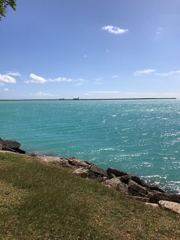 Jessie212 wrote:So keren basically stole the thunder yet again but this time stole the idea to display them hitting 1million from jesssfam. Really keren?! Keep being stuck up and “better than anybody” else. She can’t come up with anything on her own? Not even going to watch the next vlog, all they will talking about is this.
[img]//uploads.tapatalk-cdn.com/201810 ... fb88e7.png[/img]

That filter Karen uses on her pictures makes this look so depressing for some reason. Especially compared to jesssfam’s pic.

Bc aspyn’s shitty presets wash out all color and life from any pic. But anything for aesthetic ig..

Khoa used to defend Keren's big spending. He said they had a brand new house that they needed to "fill up" with stuff. Definitely don't hear him defending her anymore. Even he can see that its a problem now. And what's with the constant "youre such a good mom" compliments towards her? Is he doing some damage control because he knows she's really not the greatest? Maybe she's justifiably insecure and needs the affirmation? It's annoying.

Jackson is going to be more awkward than Khoa if they don't take that kid out of the house and let him socialize with other kids. Kids need a setting where they aren't always the center of attention all the time, learn how to share and interact with others.

My husband has female friends but they aren't girls he fangirled over on youtube and acts like a childish imbecile around them. How is that okay with Keren? Appropriate or not, it's pathetic.
Top

KKAndWhoAreThey?
(i never know who is with them)

Users browsing this forum: No registered users and 9 guests