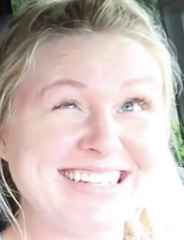 Horrible video and joke aside, since when does she have 3 toddlers? She's just straight up making shit up for the clicks lately. She also only showed Alaya for a minute and then shilled some product. How is that a morning routine..

Sent from my SM-N950U using Tapatalk

I feel like he did the prank on Kyra to prove to himself, the fans and Todd that Kyra wouldnt choose her job or Todd over him.

Yep Oscar knew how Kyra was going to react. He even said it in the beginning he had an idea how it was gonna go down. That whole thing was to feed his ego and show everyone she loves HIM. This was about Oscars ego. The end. Todd is a grown man and if he did think getting involved with nearly kids on social media would give people bad ideas then he's an idiot too.

Sent from my SM-G930P using Tapatalk

That video was sad to watch. 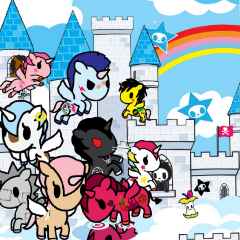 I always knew Oscar was a piece of shit. Publicly humiliating your soon-to-be wife and then laughing about it?
Sorry, that IS emotional abuse and what's sad is Kyra is so dependent on Oscar, he knows he can pull this shit and she won't leave him. Toxic relationship.
I usually roll my eyes at Kyra bc she annoys me too, but wow. Doesn't she have a history of anxiety? Shame on Oscar. Smh. This was sad to watch.
What an example is he setting for his children. Wait, he doesn't care. Grow up, Oscar.

Sent from my SM-G965U using Tapatalk

The video bugged me for so many reasons but the fact that he did it at her place of work is ridiculous. She works there, other people work there. It’s so unprofessional. If that happened at an office where the owner/coowner wasn’t an “influencer” it was have been so bad for the company. Those people have to respect kyra since she is their boss and now with Oscar going in and prancing her and making her collapse and cry is gonna make that so much harder. And it’s just not the type of thing you do at a business like wtf it just goes to show how unprofessional YouTube’s starting businesses can be. I do think kyras doing a pretty good job with BBK though. ALSO WHAT KIND OF PRANK IS THAT ON SOMEONE YOU KNOW HAS ANXIETY AND CANT CANT BE SEPARATED FROM YOU?!! God I hate him.

I'll echo what others are saying, that oscar's prank was emotional abuse and just a down right terrible thing to do. Kyra said she would walk away from the whole business, and I believe she would. Oscar wouldn't walk away from shit for her. He wouldn't even have stopped skydiving and rock climbing if he hadn't broken his back. I mean, in no way am I saying her leaving her business for him would be a good idea (I believe the opposite, actually) but the simple fact that she would speaks volumes. Like others have said, this whole prank was a way for oscar to stroke his ego.
Top

I just cannot believe with three children and work to be done, Oscar decides to spend his time humiliating Kyra in front of her coworkers for absolutely zero reason.

Oscar pranks her, he humiliates her in her work environment, a grown ass man is hurt cause some teens blame him for coming on to Kyra, he encourages the prank, Kyra collapses for being blamed for cheating, is on the edge of blowing away her company, ends up hitting Oscar again and again.
Taking about dysfunctional family wow!!!!!!!
Top

sondraK wrote:I don't watch their channel much,but does Oscar always talk to Kyra like that? I know he was joking.but he got onto her about talking w food in her mouth,and said if she did it again,he would divorce her.Dude,get a grip!
And then Levi shoved Alaya's head back,and Kyra didn't reprimand him for it.
And yes,it's hot in Fl,why not think to eat in the vehicle w the ac on?
And they could have gone online and gotten tsa precheck for everyone.It requires an in person visit as well,but it would have saved time for all.
Rant over.LOL

Yes he says things like that when she laughs too loud too. He comes across as secretly abusive to me. I remember when Alaya was younger and she’d cry and Kyra would be scared Oscar was going to get mad at her. I don’t trust him.

Definitely. Remember the time someone took screenshots of a hole in the wall from a video? It was suspected by many here that Oscar had punched the wall.

does anyone know where i can see the pics like how far back do i have to go or which video to watch to see the holes in the wall?
Top

Seriously WTF kind of bullshit video was that? Why would he think this is ok to do let alone post. This “PRANK” really highlights the level of immaturity Oscar possesses. SMDH!
Top

aperaltiago wrote: ↑
Mon Jul 01, 2019 10:16 am
I just cannot believe with three children and work to be done, Oscar decides to spend his time humiliating Kyra in front of her coworkers for absolutely zero reason.

He clearly has too much time on his hands. I felt so sorry for her when she sat in the middle of the parking lot sobbing. There are lines and boundaries you just don't cross let alone film for the world to see.
Top

WTF was I watching.
They need help.
Their relationship is toxic.
This was the worst way to approve to fans or others there is nothing going on between Kyra and Todd.

Oscar can eat a dick. In what world is it a good idea to do something that can trigger someone with severe anxiety? People take their own lives over this illness. And hers is already untreated. Fuck him. Fuck Todd. He’s a grown man with an ego bigger than Oscar’s.
Top

does anyone know where i can see the pics like how far back do i have to go or which video to watch to see the holes in the wall?

Vlog is called Trapped At Home.

Here's a pic.
You do not have the required permissions to view the files attached to this post.
Top

followed by borderline physical abuse. the whole thing was a mess ... don’t know why they would even post that.

RylansMama18 wrote:Everybody says they feel so bad for Kyra and I do too but she let the video be uploaded

And she's even promoting it on her IG stories now

. She should've kept her foot down and delete that footage. Such an embarassement
Top

followed by borderline physical abuse. the whole thing was a mess ... don’t know why they would even post that.


I can’t believe Oscar did that!! That was awful that was taking it way too far to prove a point to the haters! Their relationship is so toxic she needs to get away from him. I wonder what their families think about that video?!

And then a few vlogs later it's blurred. If no big deal why hide it?

Sorry, I know this is a bit off topic.

But, is it though?
You do not have the required permissions to view the files attached to this post.
Top

Todd has always gotten on my nerves but this was way worse. And Kyra said he was a grandpa too. How would he feel if his children or grandchildren were hurt over a prank? A prank to me is funny, no harm done.
Top

I think if this had triggered Kyra’s mental health as severely as most of you think, she would not have allowed him to post it. Couples prank each other all the time on YouTube for money. These two are money hungry. Yeah, Oscar was messed up and I think his idea was stupid; however, she seemed perfectly fine 1 minute after throwing her self on the ground crying.

You know what they say, some couples as messed up as they seem they are perfect for each other lol.
Top

True, she did. But, I feel like kyra is afraid of telling oscar no. Like, I think she's afraid to put her foot down because she's afraid of him being mad/unhappy. If she were to tell him firmly, no, Do not upload that, he would likely be upset. She was willing to drop baby by Kira completely to appease him. I don't think she has the backbone to REALLY stand up to him. She has a picture perfect idea about her family unit in her head, she doesn't want to lose that.
Top

Hey everyone, I’m not quite caught up on the most recent vlog yet, but we need a new thread!!

Any title suggestions? We’ll go ahead and do them here since the thread suggestion page isn’t that active!

Users browsing this forum: No registered users and 4 guests