Yea they shared a video of the daughter swinging on this spinning pole at the park and showing other kids how. all the people commenting were making some pretty mean comments about the daughter's future occupation
Top

The people on that Morrismanual page we’re really sick in the head and said some perverted disgusting stuff about children. They were literally obsessed. Seconds after Crystal would post something they would repost it every single time like clockwork. I’m glad that page was shut down it’s one thing to be snarky and gossip but the way they were sexualizing that little girl for playing on the playground was really worrisome. They never updated about Holly and Matt either which is really strange considering the page is called Morrismanual. Holly is nothing but a jealous little low-quality porn star. She uses her jealousy to punish all the children.


Sent from my iPad using Tapatalk
Show me someone who never gossips, and I'll show you someone who isn't interested in people. ~Barbara Walters
Top

One thing that drives me insane about crystal she’s always talked about her breasts and showing them off. Sure I get it she’s got a big chest. She has a shirt on her stories and is talking about how the girls are “large and in charge” I’m she she’s just wanting compliments. Maybe Christian isn’t showing her attention seeking self enough so she’s coming online.
Top

Aaannnddd she has an only fans lol
Top

Has anyone subbed to her OF yet?! I’m interested in seeing this train wreck..
Top 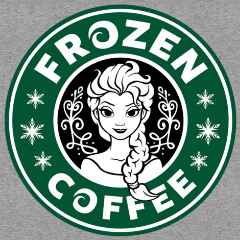 Sent from my SM-N960F using Tapatalk

I love that she has an onlyfans but was the one who outed Matt and Holly for making videos and stuff.
Top
Post Reply
384 posts

Users browsing this forum: No registered users and 0 guests