SAME. Especially now that Ellie is, of course, trying to get pregnant again

I don’t even know how to get to the thread elsewhere. And also hate to have to download yet another app. I have enough stuff on my phone as it is.

emmalinelola wrote: ↑Sun Aug 08, 2021 7:09 am
does anyone else have a suggestion on how to get on the family vlogger gate on discord? all the invites i found had expired…obviously if not no worries….i just want to GOSSIP & it’s been SOOOOOOO long!!!!


Same want to gossip so bad

Hate not being able to snark anymore

. But it sickens me how Jared had this major surgery, is using crutches still, still having a lot of pain and recovering and having PT and everything to do...and Ellie has to bring the attention back on her and make it about a loss and doing whatever she has to do to have another baby. And clearly despite Jared still recovering from his hip surgery she expects him to be banging it out all the time so she gets her baby to lock herself away in her bedroom with. If she does get pregnant I do still hope it’s another boy and that Ellie never gets the girl she wants. And it’s disgusting how she claims over and over that she doesn’t put ideas in the boys’ heads about TTC or about how badly she wants a girl, etc and that supposedly the boys are just so sweet and want a sister so that “must” be what Ellie plans on getting because they’re such good people that God will reward them. Like ew. She is still the literal worst.
Top

Anyone have the tea about what's going on with Ruby? Ellie and Jared's last video was titled "telling my sisters" but no ruby. I fast-forward through most of the video and haven't watched any of the Griffiths vlogs in months but have noticed ruby has been m.i.a 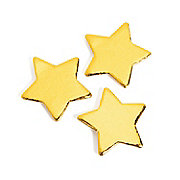 No idea. It's been months since the last contact.
Top

SeriouslyCurious wrote: ↑Wed Sep 15, 2021 4:40 pm Anyone have the tea about what's going on with Ruby? Ellie and Jared's last video was titled "telling my sisters" but no ruby. I fast-forward through most of the video and haven't watched any of the Griffiths vlogs in months but have noticed ruby has been m.i.a

Ruby is nowhere. She has isolated her kids from her family enough that they don't even find it weird that they are not going to family trips and everything with the rest of the Griffiths family members. She is the only sister that never talks about any of the other family members, never helps out the other family members, and has nothing to do with any of them. Like Julie having a baby.....all of the other family vlogs mentioned Julie's pregnancy, went to see the new baby and took her some meals. Bonnie and Grandma Griffiths are closer (than Ellie) so they helped with the young kids when Julie first got home from the hospital. Where was Ruby? Julie's son got baptized and everyone was there....except the Franke family members. It's not like the Franke's live far away, they are all in the same area with Ellie being the furthest away and even she still still making an effort (she went to the baptism and went to visit Julie).
Top

Anyone else questioning why if Jared's hip is so bad, they decided to built a two story house? I mean, come on....his hip is going to get worse with age. Unless they have a elevator hidden in that house that they aren't showing to people....
Top

^ Yeah, makes no sense. - There is no elevator. It has to be noted though that the master bedroom is on the lower level according to the house plan: I bet she's so excited about this fertility journey because she can now have artificial insemination that will guarantee a girl. She mentioned a year or so something about gender selection. This was her plan all along. I guess there's nothing wrong with that but at least be honest about it.
Top

Having watched recent vlog it struck me that it came across like a big advert for the clinic, I wonder if they have been offered a free treatment??

Wait. Where's Ruby? She wasn't at the retirement party for her dad? Weird.
Top

So many people have asked that in the comment section. Of course nobody replies. I wonder if and when they will address this.
Top

It’s a girl didn’t they have fertility treatment?? I’ll bet they did gender selection? Too much of a coincidence that they all have girls and at same time s daily bumps

Return to “Ellie and Jared”