TaylerTragedy: Mother of 5, Stripper on the Side | Part 64

She’s not their gma.

She’s not their gma.

Omg duh. Idk how I got her and Shirley mixed up lol
Top

what marriage will this be? 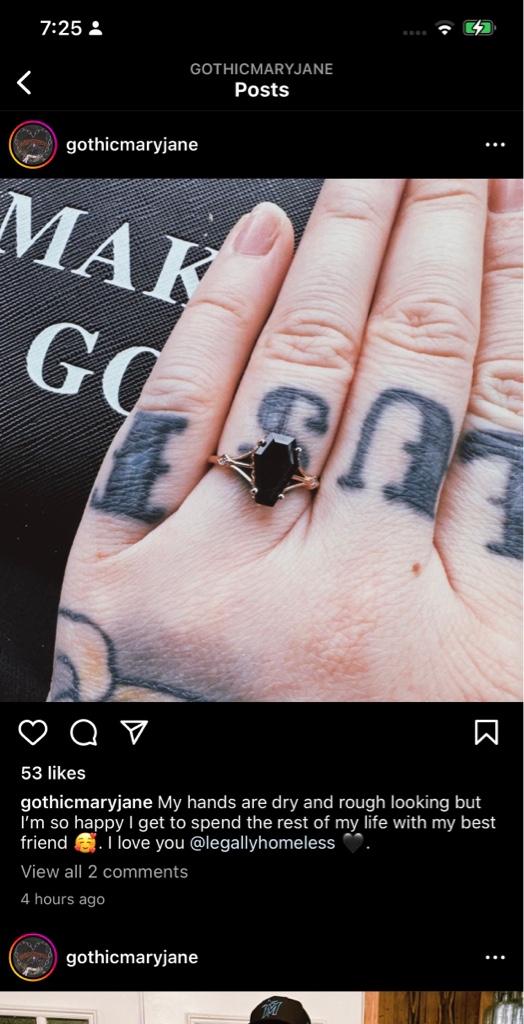 She JUST turned 29, has been pregnant AT LEAST EIGHT times to AT LEAST FOUR men and is gonna have her THIRD marriage to a man who ISN’T the father to her FIVE children who she have gotten A THIRD dog

Londonbridges19 wrote: ↑Fri May 06, 2022 7:35 am She did have the baby, she gave him Benjamin’s last name which is Snyder. Poor sucker screwed himself over big time. Their relationship isn’t doing well as we all assumed wouldn’t. Shes forcing him to pay for everything while she spends her government money and child support on useless materialistic things for herself as always. She’s forcing him to discipline Jakoby, he’s snatched him up and whipped his butt on multiple occasions which is making Jakoby resent him and making Ben resent Tayler because she’s a no good piece of shit and literally does nothing. She’s slowly showing her true colors but instead of trying to work things through she’s more concerned with getting pregnant again already to give him a baby that’s biologically his like that’s going to fix the relationship. She has severe issues that will probably never get addressed. Anyone want to take bets on when baby number 6 will be announced? Hopefully Ben uses his head and gets out of that white trash life while he still can. She forged Amity’s birth certificate so I wouldn’t be surprised if that’s exactly what happened with this one too. Meanwhile she’s shoving her other kids off on everyone else to raise like they are trash since the new baby came. Chuckie has had the kids way more than she has and when she does have them they look like they haven’t showered or been cared for in a week.The girls hair always looks like a rats nest and their clothes are old and raggedy. She doesn’t care to make time for them so I’m assuming they care for themselves the best they can. They’ve never had a real “mother” to teach them the life skills they need to know. I know chuckie was taking her to court for more custody so I’m wondering if he was granted more custody and that’s why he now has them more than her? At least they would have more of a chance at a normal life with him. I know everyone thinks he’s the worst of the worst but in all reality chuckie has changed drastically the last couple years and he’s doing well considering his past. He was in trouble last year for breaking a window but it wasn’t an act of violence more of an act of to much to drink…He fell into the window and broke it after he returned home drunk. The charges were dropped and nothing more came of it. I read on here recently that he was in trouble for abusing kacey which was not the case so to clear that up…Tayler is selling pretty much all of the kids stuff clothes, shoes, bikes, electronics, ive seen so much posted the last month it makes me think even more that chuckie did in fact get custody and she has no use for the stuff now. Alesana and Jakoby were told by Tayler before she gave birth that they weren’t allowed to cheer and do football this year because she doesn’t have time to deal with them now. If chuckie does have them I hope he lets them be involved with sports! I wonder what the courts will do when DNA for Jakoby and Amity come back as not chuckies kids. Will he still get to be involved since he’s been “dad” their whole life or will they take them from him? I feel bad for them honestly. To make a man believe a child is his and a kid believe dad is who he is and then rip them from that, just another selfish piece of shit move from Tayler. She only has Twitter Snapchat and Facebook now oh and a free onlyfans lol She’s a used up whore, no one wants her and no one wants to see anything she has to offer. She can’t make a dime off of anything anymore as her content is garbage. Her body is disgusting and her vagina literally looks like and overstuffed Arby’s sandwich

not to mention her face. I’ve said it before and I’ll say it again she looks just like a drowned rat with Down syndrome. Put it all together and you have your reasoning as to why she can’t make money. Her own strip club refuses to take her back, I’m gonna assume that’s because of her positive HIV tests though. It was confirmed that she is HIV positive, even her baby had to take loads of medication and have multiple tests done right after birth. The health department had to do a huge investigation due to her line of work just to be able to notify everyone that they may have been exposed. She’s also about to face fraud charges from the housing authority she lives in and the state of Ohio. Remember how she left Brian because she lost her benefits? Same scenario only this time she failed to report all of her income and Ben living with her and supporting her. She’s living Scott free and it’s all about to catch up to her. She was reported to cps for actively doing drugs while she breast feeds, she was reported to welfare with evidence of all of her income from photography to pornhub to onlyfans and stripping and also that Ben has been living with her since September yet she neglected to report him there nor his income and she was also reported to CMHA for the same thing. There’s no reason she should be living free, collecting all of these benefits while having someone else support her when there are families out her struggling to get ahead and just need a little help. It’s been over 10 years of her living like this and she has made no effort to better her situation. Not to mention her house is not suitable for all those heartbeats. 7 people living in a tiny government funded shack while she plans for another baby??? How repulsive…

Considering she’s posted a ring and talks about moving into a new place with Ben AKA Brian2.0, I’m gonna say too much of this post feels fairly accurate and like insider info

Got any new details for us London?
Top

This is why you stay in school, keep ANY job for longer than a month and WEAR A CONDOM folks

At best she totals $23k a year to house, feed, clothe and raise FIVE kids plus herself. She is the goddamn poster child for why sex Ed, birth control and abortion need to be affordable and accessible
Top

What a rip off. They are on sale at journeys

You do not have the required permissions to view the files attached to this post.
Top
Post Reply
70 posts