MamaTweet wrote: ↑
Fri Dec 20, 2019 1:40 pm
I absolutely love this family especially baby J but is it just me or are Derek and Bre acting a little odd lately? Especially Bre

I do wish Derek would help Bre a little more with the kids and the house... It seems like he is barely left alone with all or even more than 1 or 2 of the kids and when he is they have cereal for dinner, the kids are wild, everything is chaotic and the house is left a mess for Bre to clean up.

I feel like the kids are always paired together (Brielle/ Bodi and Emmy/ Cosi) and Emmy and Cosi seem to miss out on a lot because they are so much younger which i understand but sometimes they could participate with help (im trying to think of examples but cant right now).

I feel guilty even saying anything bad about them so im gonna add some good points lol it seems as though they have a good marriage and are genuinely happy with the life they've made together. Im not exactly sure what is wrong with J but i pray that there are no more complications from it. I love Jensens sweet voice and he makes the most adorable little faces. The kids seem to actually like each other and get along for the most part and they all seem to adore their baby brother.

Sent from my LM-V350 using Tapatalk

Derek is a partner at an insurance/financial consulting firm. These past few weeks of December have been open enrollment for health insurance and that is a very busy time. They've explained that in the vlogs, and it's nothing new. This happens every year with them. They've certainly got their hands full and from what I can see Derek helps out A LOT, in general. Cereal for supper won't hurt anyone and Bre always shows that she's making sure the kids are eating healthy. Of all the vlogging families on YT, this family is probably one of the ONLY ones I would consider as having their act together and making their family a priority. The little girls have their own interests and I don't think they are missing out on anything. They are both in preschool and both in dance. They seem very happy and fulfilled, considering their ages. It makes sense that the older two have different interests and pursuits, and the younger two are often together, especially because they are sooo close in age. J should outgrow his medical vulnerabilities as he gets older, and then maybe Bre can actually get some sleep. That girl HAS to be tired. Bless her! I love this family and I wish them nothing but the brightest of blessings.
Top

Does anyone know the name of Jensens birth defect/s?

Sent from my LM-V350 using Tapatalk

Its as though they are first time puppy owners. From what i heard they were asking about good dog food but why werent they worried about good dog food for Sampson? And now all of a sudden he finally gets to sleep inside. I think they should have waited to get a new dog until Sampson passed away. I think it would have been something to cheer them and the kids up....right now i think the puppy is just gonna take attention away from Sampson in the last bit of time he has left and its pretty obvious he isnt gonna be playing with the new puppy...it doesnt seem he cares either way

I’ve always felt bad for Sampson and also kind of a risk to get another dog if you think your kid is allergic. They’re still my favorite family vloggers right now but I’m concerned about all the click bait titles and how bre has talked about wanting the channel to get bigger. I don’t want them to start acting like all of the others.
Top

The dog stuff is really upsetting me. They need structure.
Top

Bre shared this on her TikTok today, she’s one of the first Mormon
family vloggers I’ve seen actually say the words black lives matter. She even acknowledged her privilege. I know I shouldn’t be praising her for doing the bare minimum but it’s very refreshing to see her go beyond the black square they all posted on Instagram

starr18 wrote:Bre shared this on her TikTok today, she’s one of the first Mormon
family vloggers I’ve seen actually say the words black lives matter. She even acknowledged her privilege. I know I shouldn’t be praising her for doing the bare minimum but it’s very refreshing to see her go beyond the black square they all posted on Instagram

They actually seem like they want to learn and grow in regard to systemic racism. She admitted to feeling out of touch with it all because their area is almost entirely white. I have a lot of respect for her and Derek and their efforts. Unlike other mormons like Carlie Butler that have made this whole movement about themselves some how. It is refreshing to see a mormon vlogging family be less self absorbed and acknowledge their privilege.

Sent from my SM-N960U using Tapatalk 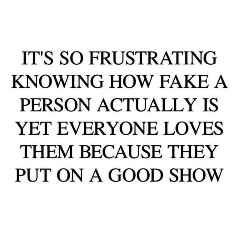 After watching today's vlog and seeing Sampson struggle to breathe after a day outside perhaps they should not let him suffer. He will have more episodes like this too.

Also, if the kids are allergic to him that's not a real reason to keep him outside 75% of the time. There are meds you can take to help cope with allergies.

They only really started to let him inside the house because they knew that they would get backlash because Murphy is in the house 24/7 and not forced outside in all kinds of weather and what not.

This is just my opinion on this. I hate seeing a dog suffer and a dog treated differently.

Sent from my LM-X210 using Tapatalk

I’ve noticed that the Millers (and their neighbours) don’t have any fences in their back yards. Is this normal? I noticed Samika didn’t have one in their last house in Utah. I find it odd, especially with young kids and puppies running around. In the UK, the higher the fence the better so we get a bit of privacy

Users browsing this forum: No registered users and 9 guests