Yep, that’s right friends, we are ONLY 12 (TWELVE) days out from the wedding of the summer! The “ringer bearer” tuxes have been ordered, Khoa’s finally settled on a ring from Tiffany’s- that I’m sure Keren will figure out a way to get her grubby little paws on, and Nonni is literally exhausted from doing, everything! It’s a good thing she’s retired; now she can focus all that time and energy on raising her 3 grandkids, while her lazy 26 yr old daughter plays teenager. Idk about you, but I would feel disgusted with myself if I was relying on my 65yr old mom to raise my kids and wipe my ass. But, not Kerny, that bish has NO shame! She thinks that since they paid off her car, it’s all fair! Sure, whatever helps you sleep at night.

On to NoBalls; he gets cut a lot of slack bc he’s attached to a vile creature, but he’s just as bad as she is. Case in point- his bachelor trip. The plan was to spend a few days in Mexico with his groomsmen, but Khoa somehow couldn’t make it to the airport on time. He tried desperately to play it off like it was the “airline’s” fault, but his own brother threw him under the bus and admitted to being late. Unbelievable! Then, instead of being an adult and confessing to screwing up, he decided to sick his little teen army on Jet Blue. Could you just imagine working customer service, and having to deal with all these tweets from 12-14yr olds, demanding a flight for their ‘God’ or they’ll “never fly Jet Blue again!”

Come on, like your PARENTS don’t book all your flights. MmKay, sit down Sally.

After threatening to cancel, Khoa ended up taking a flight the following day. That gave him time to edit, and allowed Keren to act like she was some kind of supportive fiancé, willing to “fly him there on her back.” But, I’m sure she had nothing to do with him being late in the first place, right? Can I just add, I know he’s the groom, but how disrespectful of him to miss his flight! Andy traveled all the way from Italy, Oscar left his newborn in Utah, and Wyatt flew in from NC. Khoa and Khang had the shortest trip, and they still couldn’t make it on time. However, it did look like the boys had plenty of fun before the socially awkward, croc wearing, dad of 3 showed up and started dry humping other men. Yes, it was definitely, THAT cringey!

While Khoa was acting like a fool in Mexico, his bride-to-be was busy day drinking at Taylor’s. I mean, why stay home with your kids when you have your enabler willing to babysit at the drop of a hat. IDK, maybe we should cut Kerny some slack, that was the day she found out Kickass was taken down, AGAIN. Yep, that’s right, after multiple reports of her running a spam account, IG said, no more! She’s trying to play it off like it was “her decision,” but you only get so many chances on IG before they disable your acct permanently, and it’s pretty obvious that’s what happened.

IG doesn’t want to have to kick ppl off their platform, but if you’re stealing content and buying followers, they’ll shut you down. This whole thing has been a joke from the start. Keren has no desire to actually “help people” or she would be spending her mornings going to school, instead of lounging around her apt. She wanted something easy. She thought she could attach her name to almost anything, and it would blow up. She posted, what, 1 measly workout, that focused more on her lopsided boobs than it did the actual movements. How does that help anyone? It made HER feel good, but it didn’t do anything for the new mom looking for some exercises to get back into shape.

That’s the thing, Keren lost all that weight, bc it was easy. She never had to fight for it. She already has a fast metabolism, all she needed to do was not eat like shit for a few months, and the weight would fall off. Come on, how many ppl following her could afford to spend a thousand dollars a week on a personal trainer and pre-made meals like she was doing? Losing weight is fucking hard, but it’s damn near impossible when you’re a working mom, living on a budget! How many recipes did Keren post? Or food swaps? “Yeah, try this avocado toast and remember to drink water! Hehe!” What a fucking joke!

Of all the shit she’s done, nothing pisses my off more, than Kickass! I’m thankful to IG for taking her page down. She has such a young, impressionable fan base, and here she is calling herself “disgusting” and “fat” at 120lbs. How do you think that’s coming across to the little 12-16yr old girls that follow her? Now she wants to sell workout clothes. She’s claiming they were the “2 essential pieces” she needed to change her life! A sports bra and leggings? Don’t you mean Daniel and your diet pills? I can’t, guys, I’m sorry. This whole thing makes me sick to stomach.

Not only is Kickass gone, and her channel relaunch was a joke, but it’s been weeks since they posted a podcast. It’s a good thing they rented that apt, huh? Like, what do you do all day besides hide from your kids and shop? For someone that has so much money, she really does seem empty inside. Guess it’s true, money can’t buy happiness.

Well, next weekend is the BIG event! They are supposed to be staying at the hotel the week leading up to the wedding, do they bring the kids with them or will they stay with Nonni? Maybe they’ll just bring Jackson? Will they end up uploading another podcast or is it over like everything else Keren starts but never finishes. Find out now!

Aren’t they going on a honeymoon too? So if they leave their kids a week before the wedding, they’re going to leave them another week after the wedding. Those poor kids. I wonder who they think their parents are..

Claps for the recap

I haven’t followed them/the this thread for a few weeks, I checked out the comments of her newest photo (“season 5” caption) because girl I CANNOT with those fucking shoes. And I cannot believe that almost every comment is negative. Has this been happening lately? Is she sleeping and not moderating comments or something? Whatever it is I’m living for it. 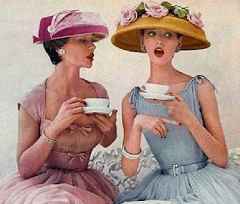 Why were the kids on PJs right after Volcano Bay??? And the vlogging while driving...when you think they can't be worse parents they surprise you again!

GossipLadyy wrote:Why were the kids on PJs right after Volcano Bay??? And the vlogging while driving...when you think they can't be worse parents they surprise you again!

Omg, if you haven’t had a chance to watch Bianca’s Bachelorette cruise vlog, WATCH. IT!!!

The karaoke was so much more cringey than what we saw on IG. Just look at the guy in the lower, left hand corner, shake his head, and put his hand over his face in utter disgrace. People weren’t cheering them on, they were annoyed by their screaming and desperate attempt to be the center of attention. ESP, Keren! She did, what, 6-7 songs?

Tbh, I can see why Keren feels so insecure, compared to Taylor and Bianca, she’s a ______!

The hair, it needs body! I have the exact same thin, lifeless hair. Blow dryer and volume-building products are your only friends.

Keren, girl, you can keep your Audi and lopsided boobs. No one, I repeat, NO ONE on this site is jealous of you!

GossipLadyy wrote:Why were the kids on PJs right after Volcano Bay??? And the vlogging while driving...when you think they can't be worse parents they surprise you again!

I understand. But it didn't have to be PJs. Those kids don't wear regular clothes for more than an hour. 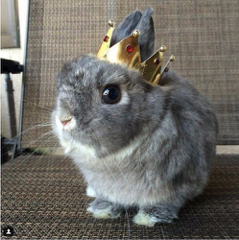 theyre saved in her wedding board
Top 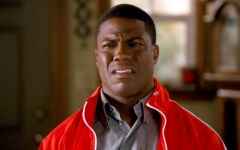 So she can get into a wreck and sue them. It would be

the other person's fault. And they didn't get to catch it on camera!

Keren doesn’t even need a airbag in the car with those boobs.

the person who commented this is 100% done with keren's shit...i love it

chloe6124 wrote:Keren doesn’t even need a airbag in the car with those boobs.

theyre saved in her wedding board

Lmfao I would actually die if they had a morning chicken and waffle hooker dress ringer bearer tux pool party tennis themed wedding at a fancy hotel.


Sent from my iPad using Tapatalk

Hahah! I’ve never noticed her elf ears until now either. And now that you point it out, they look super far back on her head.


Those honkers have to make her back hurt. They’re so low and uneven. Hope her wedding dress has straps!

Users browsing this forum: No registered users and 7 guests